Robert Sweet’s Geraniceae, or Genus of Pelargonium is considered to be the finest work ever published on Pelargoniums, or Geraniums.  Foxed Geranium Plate35, is a hand-colored engraving of pink geraniums, published by Ridgeway Sept 1, 1820.  Some foxing.  6 x 9 1/2″

Do you grow Geraniums family geraniceae? This rare botanical engraving from Robert Sweet’s Geraniceae, or Genus of Pelargonium. The work is considered the finest work ever published on the subject. This antique geranium engraving for Robert Sweet is an English hand colored copper plate engravings on rag paper. The watercolors are intense and bright. This foxed Geranium Plate35 is in pretty good condition for being nearly 200 years old. Each piece measures 6 x 9 1/2.” 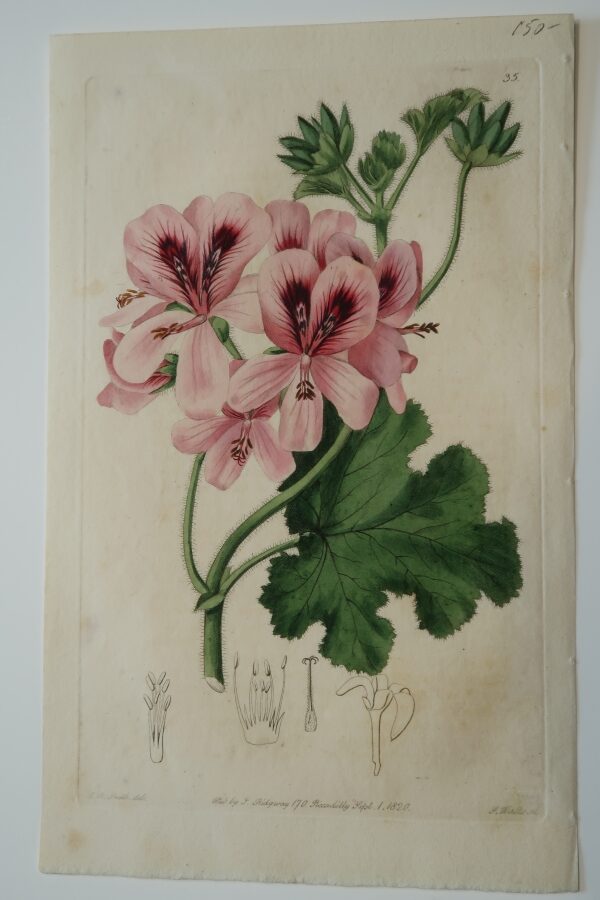