Geraniums-family-geraniaceae: Robert Sweet’s Geraniceae, or Genus of Pelargonium is considered to be the finest work ever published on Pelargoniums, or Geraniums.  Pink Flower Engraving Sweet2, is an English, hand-colored engraving, on rag. The watercolors are intense and bright. Pverall excellent condition. Each decorative antique print measures 6 x 9 1/2.”

Why not decorate your walls with antique prints of Geraniums family geraniceae? This dusty pink Flower Engraving Sweet2, comes from Robert Sweet’s Geraniceae, or Genus of Pelargonium. The work is considered the finest work ever published on the subject. Plates from his work are, English hand-colored (copper plate) engravings, on rag paper. It is in excellent condition, for being nearly 200 years old. Each decorative antique print, measures 6 x 9 1/2.” 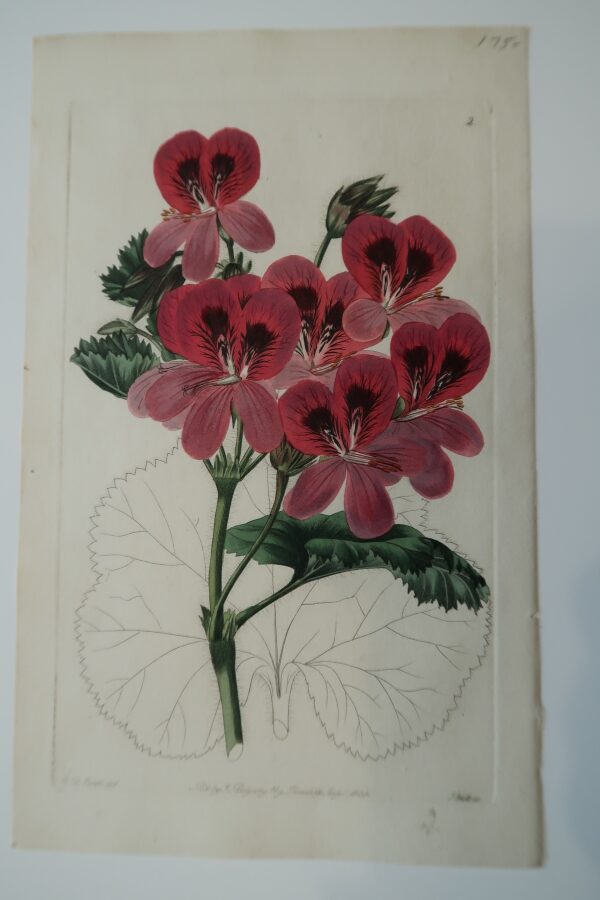