This Meyers Engraving Wall Street published circa 1850, of Wall Street with many people outside and on the streets. The New York Stock Exchange is light by sunlight. Good condition, inspect photo with care. 6 1/4 x 9 1/4″

This Meyers Engraving Wall Street published circa 1850, of Wall Street with many people outside and on the streets. The New York Stock Exchange is light by sunlight. Good condition, inspect photo with care. 6 1/4 x 9 1/4″ In this intaglio printing process, the lines to be printed were cut into a sheet of steel, a metal plate. The cutting tool is called a burin. Once engraved, the plate was inked up and struck by the printing press. Utilized in this antique printing method, or publishing process, known as engraving. 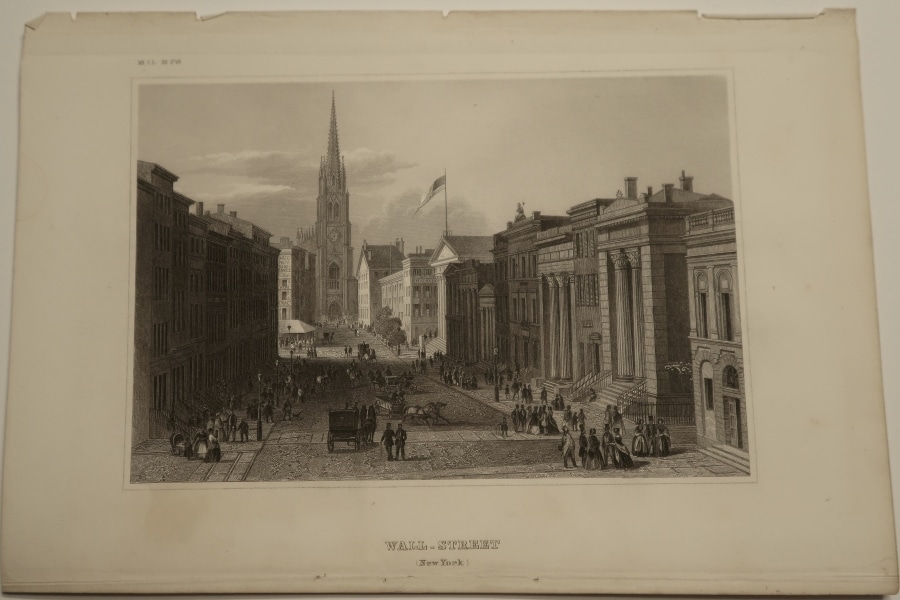 See more New York City material, which is not on buy it now, but available.  Questions on Meyers Engraving Wall Street? Call Anne at 413-245-4197 or email anne@annehallantiqueprints.com